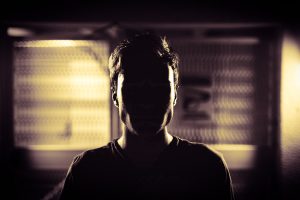 What follows is the story of one of the people helped by Secular Rescue, a secular blogger who is going by the pseudonym Himu Brown to protect his identity. Himu tells us in his own words how he came to realize his life was in danger, and how CFI and other nongovernmental organizations helped to bring him and his family to safety.

This has been very slightly edited for clarity.

I received death threats over the phone several times for being an atheist and blogger, and also for my involvement with Gonojagoron Moncho (2013 Shahbag protests) during the time of 2012- 2015. My name was on a hit list in Barisal city, prepared by local Islamic fanatics to be attacked and killed.

Feeling vulnerable, I stopped my writing and activities and hid my atheist identity. I took a job in a local non-governmental Madrasa as an English lecturer, but I could not escape. Somehow my identity was leaked to the locals as well as to the people of my own village.

After the killing of Avijit Roy [2015], I was alarmed, and a few days later I found that some people were following me at my workplace as well as in my village. I felt totally unsafe and vulnerable as bloggers were serially being killed after being followed. I stopped going to my workplace, and later went to my in-laws’ house in Patuakhali. There the problem repeated. When I went outside, some people would follow me. So, being panicked, I stopped going outside alone.

In the meantime, another activist named Niloy Neel was brutally murdered entering his house. Hearing the news, I lost all my strength and sought help from some trusted bloggers for my rescue. With their help of and two kind Human Rights organizations, Front Line Defenders and Forum-Asia, I was able to flee Bangladesh on September 17, 2015, and I have been staying here in Nepal since then. After six months, my wife and kid were relocated here by Amnesty International.

Though I had left my beloved motherland, I did not stop my activities. I have been vocal against brutal blogger killings, minority repression, Islamic terrorism, and human rights violations. As a result, I am still receiving death threats via Facebook comments and inbox messages.

We are really lucky that, understanding our helplessness, you sympathetically considered our case and extended your kind support so quickly. This is because of you, your philanthropic organization. Now, we will be able to lead tension free lives for at least for three months. At the same time, it gives me a new strength to seek help for permanent resettlement for my family and I am now optimistic that it will be possible soon.

CFI will remain in touch with Himu, and continue to work on behalf of those writers and activists fighting to live free from fear and violence. Thank you, Himu. You can help support freethinkers like this by giving to Secular Rescue.